Lemme just preface by saying this post isn’t about my snacking habits.

Before this summer, my kids weren’t super snack-y.  I mean, sure — from time to time they’d request gummies or an apple.  Nothing out of the ordinary and not super often.  Little did I know that dark days were upon our household.  Enter Summer 2018: the two and a half month period where my kids asked for snacks literally every ten minutes (no kidding — my oldest just came in and asked for a donut.  UH, NO).  I didn’t mind for about the first week.  I’d simply throw them a banana or give them a bowl of grapes and some water and send them on their way.  Then week two reared its ugly head; it was then that I realized my kitchen, nay, our LIVES would never be the same.

Now, in case the obvious has escaped you, my parenting style is “sasshole”.     I’m done making apologies for that.  My kids are great, but they’re challenging.  It’s either be a sasshole or rock back and forth in a padded cell, and my insurance doesn’t cover that.  My kids, on the flip side, are newbie SNACKholes.  I mean, they could own Snickers commercials guys.  “Hungry?  Grab a case of Snickers.”  Except don’t, because: diabeetus.

My boys could have feasibly rivaled any hongry, hormonal woman during her monthly visit from Aunt Flo this summer.  Things got ugly, FAST.  You’d think that after almost 5 and 9 years of me being their mom that they’d know better.  Well, my children are smart, but no one has ever accused them of being Mensa smart.  And so the Battle of the (Mom’s Trying to Keep You From Developing a Stomach) Bulge began.  There were survivors — but only because I don’t do orange jumpsuits.  Also, I’m not mentally prepared to be anyone’s cell wife.

Listen, I’m no skinny-Minnie.  I’ve struggled with weight since I was a kid, partially because of a (legit) thyroid issue.  And I say “legit” thyroid issue because it’s just that — legit.  Not a, “I ate ten pies and a cake, and I don’t understand why my pants don’t fit” issue.  But because thyroid issues run through my family (as well as diabetes), I try really hard to make sure my kids understand that it’s okay to enjoy themselves but to believe in portion control and self-restraint.  My goal isn’t to be a party pooper, but for them to live their best lives — and part of that means self-control where eating is concerned.  My boys are healthy and active, but that doesn’t mean they can’t change those qualities one day down the road.

It occurred to me that they could actually be hungry — they will be five and nine in the next week, after all.  Of course, they could also be bored (unlikely) or dehydrated (more likely).  So we agreed that they could have snacks if they A) had been largely active prior to eating a snack and B) had consumed x-amount of water prior to snacks.  This wasn’t a huge deal for either of them because they are pretty much constantly active and they both drink water without complaint.  I also told them that large amounts of junk food were out of the question and that our snack choices would be healthy.  At first, they were worried that snacks would be gross.  I distinctly remember Gabe saying, “Are we just going to eat lettuce all day?  Because we don’t like lettuce.”  And I get it — snacks are a part of childhood memories.  I assured him he wouldn’t eat lettuce 24/7 and that I would find fun, healthy alternatives.  He didn’t believe me.

Enter KidFresh Triple Cheese Pizza Bites.  They’re packed with hidden veggies which include pureed carrots and spinach (joke’s on you, bud!) and made with whole wheat flour.  There’s no high fructose corn syrup and nothing chemically engineered, so I feel totally cool with letting my kids nom on these!  Bonus: my kids love them and never believe me when I tell them about the “hidden” veggies.  And while KidFresh Pizza bites are considered a snack, I’ve even given them to my kids as lunch with a not-so-hidden vegetable and cup of applesauce.  Winning!

My oldest starts school tomorrow and Connor begins a week after.  I’ve already promised them that these will be in our freezer ready for a school-afternoon-snack the minute they walk in the door — give or take fifteen minutes.

Disclosure: The above opinions are those of my own; I am receiving no compensation from KidFresh brand, nor have I been approached by them to advertise.  This is simply a product that we, as a family, have tried and have enjoyed.  Any opinions given are given purely as personal recommendations to other parents and/or anyone interested in healthier snack options for little ones.  The above image is linked to the KidFresh website; illustrations are not my own.

I’ve been MIA for awhile because, well, life has been unusually hectic. Our schedules could be likened to the Twister sequel, so I haven’t had much time to update much of anything. If you follow me on Instagram, you likely know where we vacationed over the weekend. If not, this past Wednesday we decided enough was enough and that we all needed a change of scenery. We didn’t have much room in our budget for a huge vacation, but we still wanted to do something that all of us would enjoy. A beach trip sounded like the ticket and, with that, off to Biloxi we went. 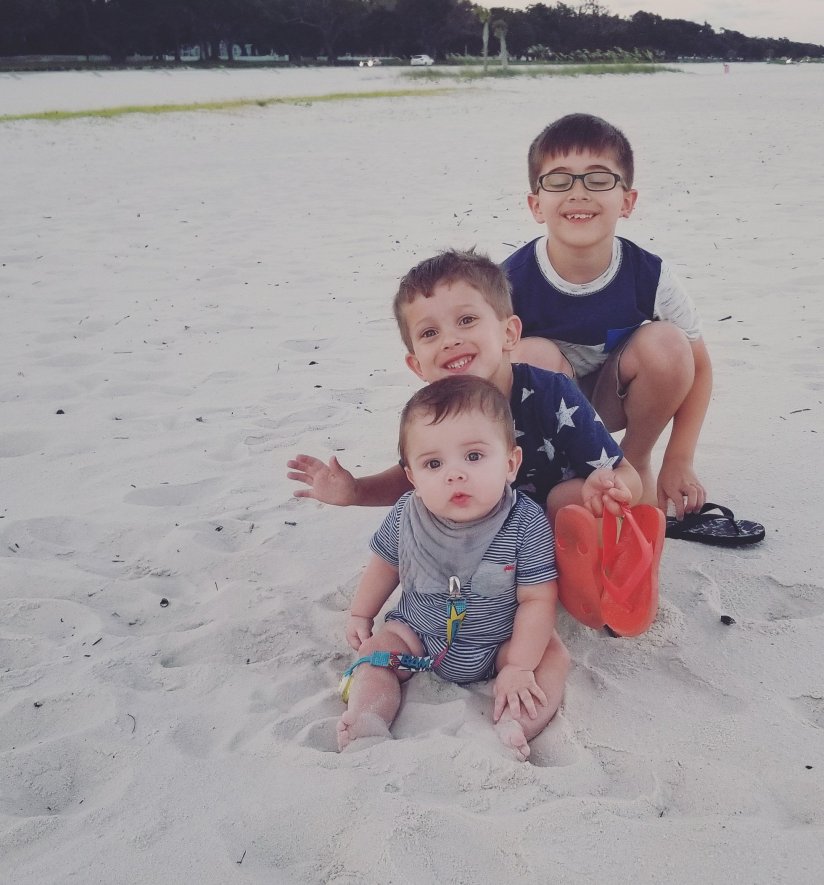 The boys had a blast on the beach and they love “camping out” in hotels. Mason did surprisingly well even though he did battle “travelers tummy”. Luckily, we found a Walmart near our hotel for a remedy and that seemed to fix his tummy woes. 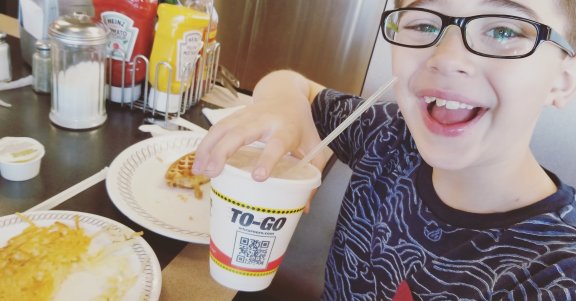 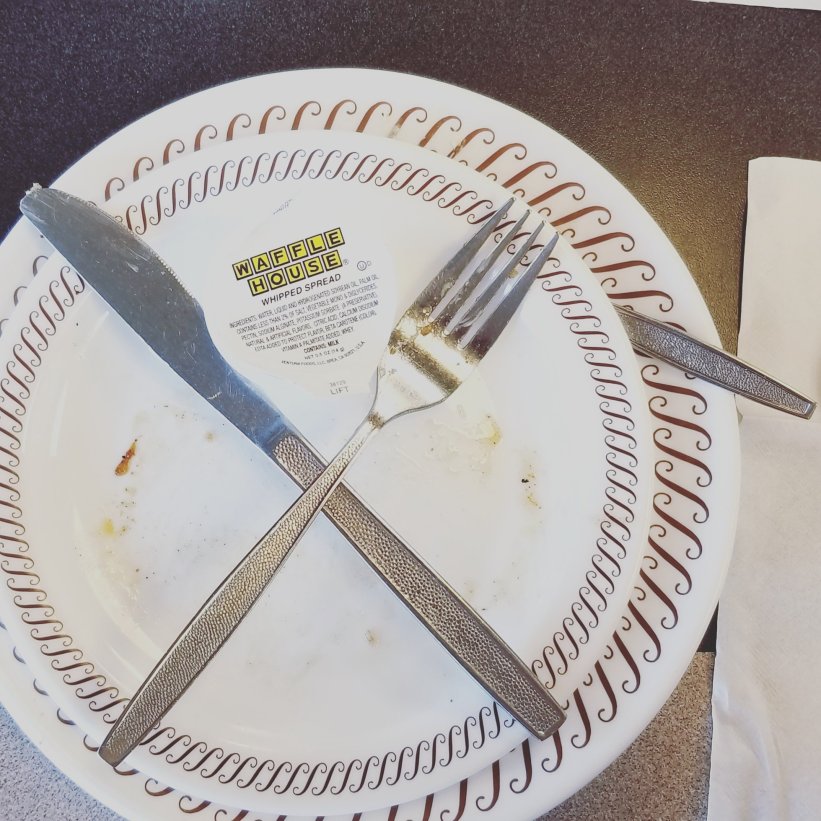 We hit up some great new-to-us restaurants (Slap Ya Mommas BBQ) and some family favorites (lookin’ at you, Waffle House) and took in the sights over the pier. Evan even found a train & Lego museum just outside of Biloxi in Gulfport and the boys were in love.

After a long but enjoyable couple of days, we headed back home for The Boot. It was a nice, much needed break and the little guys can’t stop asking when we’re going back.

Family vacay for the win!

Hit me up with all of your family adventures below! I’d love to hear from you.