As you all know, I am a momma to three wonderful boys.  What you all might not know, is that I am a momma to at least two boys (the third is out for debate, still) who are wonderfully whiny on occasion.  And by “on occasion”, I mean here lately — they’ve been ON A ROLL, SON. 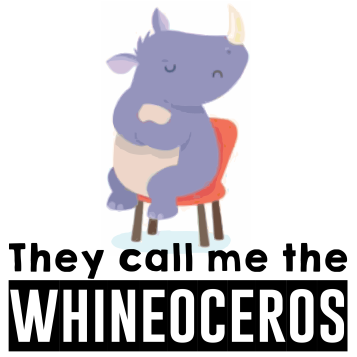 I’m not sure if it has anything to do with end-of-the-school-year restlessness or the fact that none of us are adjusted to the time change yet (yeah, none of us have any clue of time management), but I’m over it.  Done.  Finito.   The Give a Damn Train has left Whinytown Station.

Granted, this year has brought some pretty big changes in not so necessarily big forms.  Mason was born in December, smack dab in the middle of Con’s first year of pre-k, which in addition to a baby bro was another HUGE change for the middle boy child.  Having another sibling wasn’t as big deal to Gabe — he’s been there and (literally) has the tee shirt.  But he started 3rd grade this year and that brought all kinds of changes for him.  Now instead of being in one class with one teacher all day, he’s in three classes with three different teachers.  Now for most, the shock would have dissipated a month or so into the year.  But since Gabe struggles with sensory issues as well as other minor “problems”, it takes him quite a bit longer to adjust.  Case in point: he’s just come around to keeping up with seven different notebooks for each of his subjects.  It’s April.  So, yeah; we’re pretty much done here.

Don’t get me wrong, it hasn’t been a bad year.  Connor is blossoming and is so eager to learn and for the most part, Gabe’s grades have been great and he loves his teachers.  But I’m still coming down off of pregnancy hormone highs and lows and I’m not getting much sleep these days.  Hormonal, sleep deprived momma = scattered patience and chaos E’RYWHERE. 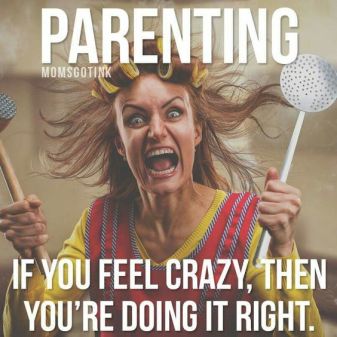 So it’s no wonder that I keep a bottle of wine or some margarita fixins in my fridge.  I’m a mom of three now (read: lightweight), so I have just enough for a nightcap on evenings that I feel I could climb the walls and contort my body Exorcist style.  Call me crazy, but I don’t think the hubs could deal with his wife pulling an Emily Rose twice a week.

I think this time of year brings out the crazy in all of us, though.  Over the years, I have found that in addition to spring cleaning my house, I also need to spring clean the old brain box.  It’s a lengthy process, particularly if you have the attention span of a gnat like your’s truly.  But it’s worthwhile.  Sometimes our brains get bogged down and cluttered with stuff that we need to let go of.  In the garage sale of thought processes, we wouldn’t put most of that junk on the front lawn — if you get my meaning.  So if you can’t unload on a friend or loved one (and choose wisely), then toss it in the bin.  Don’t put it where you can go dumpster diving later and put it back on the shelf.  Toss it.  Burn it.  Do what you have to do to let all the junk go.  And breathe a sigh of relief that you can start putting more crap on your now relatively empty shelves.

I’ll be taking my own advice over the weekend.  In the meantime, Wineocerous out.

View all posts by sarahcarleypaul

19 thoughts on “They Call Him The Whineoceros”